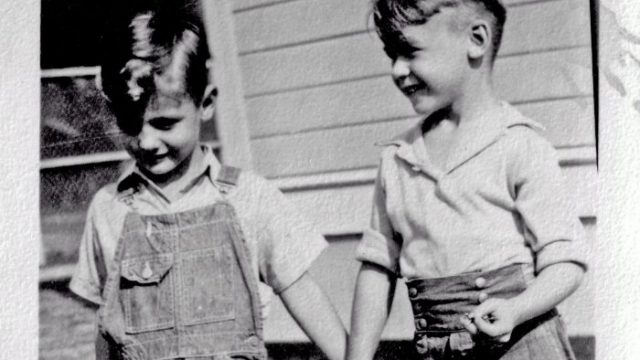 Birthday Games From Long Ago – Good for Today!

Are you planning your child’s birthday party and need some game ideas?  Or perhaps you are a teacher or camp director and would like to try something new.  In any case, here are five games, popular in our grandparents’ time, that kids might enjoy today.

To start the game, someone must yell, “The last perched is cat!” Then every player tries to find a perch, that is, tries to get their feet up off the ground.  The players may stand on a piece of wood, climb a tree, get on playground equipment, anything that gets their feet up off the ground.  The last perched is the cat.  The other players call or signal to each other, changing places or going to new perches, and the cat has to touch them before they have perched themselves.  If the cat should succeed in touching anyone who is off their perch, that player becomes the cat.  The new cat is not allowed to touch the old cat until the old cat has been perched once.

One child is a zoo keeper and the other is a buyer.  The rest are animals.  Types of animals are decided ahead of time and told to all the players.  Each child then secretly chooses, or is assigned, an animal.  The “animals” group together in an imaginary cage.  The buyer then comes to the zoo and pretends to knock on the door.  The zoo keeper asks, “who knocks?”  The buyer replies, “a buyer.”  The zoo keeper asks, “what do you want?” and the buyer replies, “to buy an animal.”  The zoo keeper asks, “how much will you pay for it?”  The buyer then names an amount (keep the dollar amount to 10 and under).  The zoo keeper then invites the buyer to enter and asks her what kind of animal she’d like to buy.  At that point, the animal mentioned, runs out of the “cage.”  The buyer cannot pursue that animal until she has paid the price agreed upon, giving taps on the hand of the zoo keeper equal to the dollar amount (10 dollars = 10 taps on the hand).  Only then can the buyer run after the animal.  If the animal can get back to its’ cage without being caught, it takes the name of a new animal; if, however the animal is tagged by the buyer, it turns into a dog.  The buying/selling process then starts again, but this time the dog, or dogs,  have to stand near the buyer and help catch (tag) the other animals. The dogs cannot give chase until the buyer has tapped out the agreed upon price.  The games ends when all the players have been caught and become dogs.

One of the players is the sergeant and must stand in one spot and not leave it.  The rest of the players line up in a row in front of him.  The sergeant has two commands and the players must try to follow them.  The first command is, “Do as I do,” and the second is, “Do not laugh.”  The sergeant then strikes a ridiculous pose or makes a face or funny noise, etc., and the other players must try to mimic him without laughing.  Whenever a player laughs they are turned out of the ranks.  The last one standing becomes the next sergeant.

One player is the fox, another is the gander (male goose), and the rest are geese.  The fox and the gander stand opposite each other with the geese in a line behind the gander.  Each goose must hold on to the shoulder or waist of the goose in front of her.   The fox shouts, “Geese, geese, gannio!”  The geese shout back, “Fox, fox, fannio!”  The fox then asks, “How many geese have you today?”  The gander replies, “More than you can take away.”  The fox then tries to tag the last goose in the line while the gander, with arms outspread, and the geese, bending their line here and there, try to prevent it.  When the goose at the end of the line is tagged, he becomes the fox and the fox becomes the gander.

Players form a circle and begin to dance around a blindfolded player who has a cane in his hand.  When he taps on the ground or claps his hands three times, the players must stop.  The blind man points his cane toward a player who must then come forward and take hold of the end of the cane.  The blind man asks that player to make a noise of a type of animal, say a dog or chicken or cow.  The one making the noise should try to disguise their voice as much as possible.  They may also disguise their height by standing on tiptoe or by bending their knees.  The blind man tries to guess who is making the noise.  If he’s right, they change places.  Otherwise, that player goes back to the circle and the game continues. 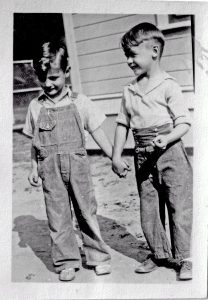 Hope you enjoy these game ideas!   And when it comes time to planning your child’s birthday, consider trying Giftsoc -where you can create a birthday wishlist; invite friends and family to view and shop; and talk about the details of the celebration.  Giftsoc – we take the guessing out of giving.