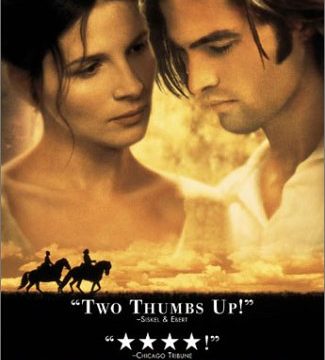 Author:Giftsoc
Category:open
Tags: open
← Black and White Comedies That Are Great For Families
Birthday Games From Long Ago – Good for Today! →

Valentine’s Day is coming up and it’s the perfect time of year to watch a romantic movie.  There are many kinds out there but my favorites are the ones with happy endings or at least relatively happy endings!  So without further ado, here in no particular order, is a list of my ten favorite – 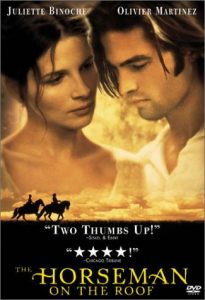 Worth the effort of reading subtitles!

The Horseman on the Roof

This swashbuckling film is set in Provence, France in 1832.  It is during the time of cholera and has very graphic depictions of it’s affects.  But the action and adventure is non-stop, the cinematography is beautiful and the actors are gorgeous.  It’s a mesmerizing story where one touch can mean all the difference. 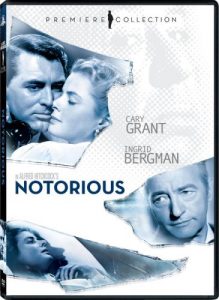 One of Hitchcock’s most romantic!

This is an intriguing, suspenseful Hitchcock movie and one of his most romantic.  Cary Grant is serious and to-die-for while Ingrid Bergman is tragic and lovely.  Wonderful story, wonderful romance. 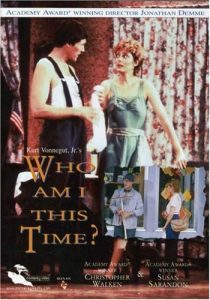 Not the best video quality but worth it!

Who Am I This Time?

This film is a little gem!  It’s only one hour long and the film quality isn’t very good, but it’s a sweet, touching story and destined to become one of your favorites!  Christopher Walken plays a thespian who’s practically debilitated by his shyness but is a fantastic actor.  Susan Sarandon plays a fellow actor who’s in love with him.  I won’t say any more.. 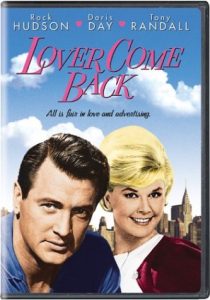 Rock Hudson was funny and sexy!

Yes, yes we all know about Rock Hudson, but it doesn’t matter – he was sexy!  He was also funny and adorable and Doris Day played so well opposite him.  In this movie, Rock is an unscrupulous advertising agent and Doris his duped rival agent –  until he falls in love with her that is!  The character actors in this movie are as funny as the stars – many laugh out loud moments. 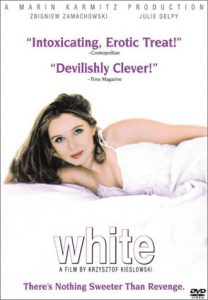 In French with English subtitles.

This movie is not your typical romance!  It is wicked, dark and funny.  The story is very original, so original that I don’t want to give anything away.  Watch it – you won’t regret it.  By the way,  this movie is the second of Polish director Krzysztof Kieslowki’s “three colors” trilogy Blue, White, and Red, but you don’t have to watch them in order as each is a completely different story. 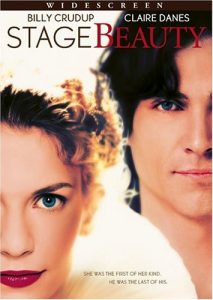 Great acting by both Danes and Crudup!

It is 17th century London when women were not allowed to act on stage.  Billy Crudup plays the beautiful man famous for his female roles.  This movie may be billed as a comedy, and there are indeed funny parts, but it is actually a very serious and touching story.  It is also a love story – of sorts.  Highly recommended. 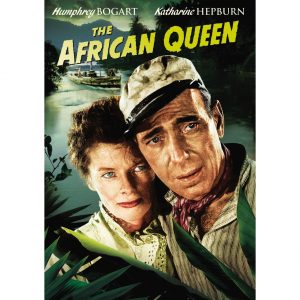 A “classic” for a reason!

This is a rousing adventure tale based on the novel by C.S. Forester.  It’s a WWI story of a steam-launch captain and Methodist missionary who decide to take on a German gunboat that’s patrolling a river in East Africa.  It is also about the respect and love that develops between the two main characters. 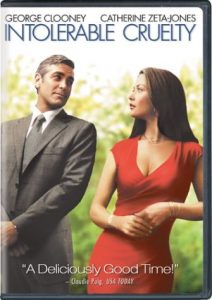 This is a funny movie!  The Coen brothers have done a wonderful job of mixing slapstick with their subversive brand of humor.  Don’t worry though, it’s not too violent.  George Clooney plays an unscrupulous lawyer who discovers his heart opposite the vengeful Catherine Zeta-Jones.  Both actors are talented and so gorgeous you don’t know which one to watch! 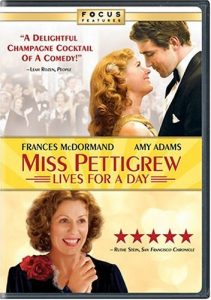 Miss Pettigrew Lives For A Day

Amy Adams is adorable and Frances McDormand hilarious in this romantic comedy.  There are actually two love stories going on as well as an underlying dramatic theme.  I don’t want to give anything away other than saying it is really good and really worth watching. 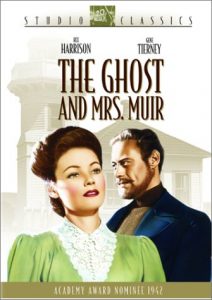 The music is as romantic as the film.

The Ghost and Mrs. Muir

This movie could be voted as the most romantic of all time.  Gene Tierney plays a “rebellious” widow and Rex Harrison plays a ghostly sea captain who “haunts” his former home.  Their love story is alternately funny and sad but always romantic.  The black and white cinematography is gorgeous as is the musical score by Bernard Herrmann.  You’ll love it.